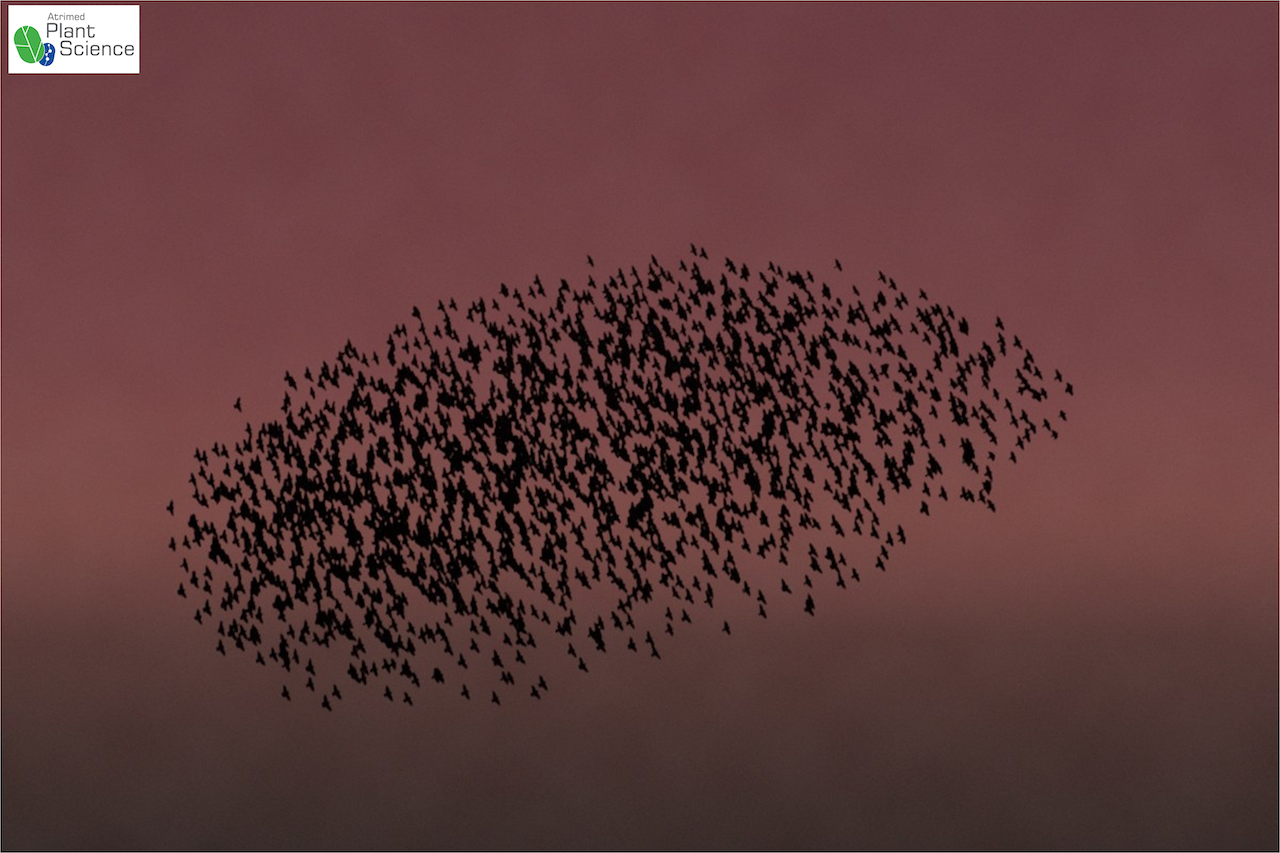 Early in the evening, flocks of starlings come together. The groups then become larger, moving up gradually in unison to beautiful aerial dance upon sunset.

Starlings are called ‘partial migrants’: Birds which move to some places, but not to others. Asian starlings tend to stay put, while those from colder countries, like in eastern Europe, head back to the Asiatic shores. Grouping together by large numbers, it creates a spectacular experience.

Researchers believe the murmuration can provide security and protection from predators, such as peregrine falcons, which are attracted instinctively to large numbers of birds. After all, it's not so easy to distinguish between a starling and a circular group of hundreds or thousands!

Experts still can’t believe how each starling knows which way to go without bumping into the other starlings.

Murmurations always form over the birds’ nests. As the number of starlings reach their top height, and the last of the daylight begins to fade, an unknown signal seems to tell the group to funnel towards the ground with one last sweeping motion and a soothing whoosh of wings. Roosts can be anything from sharp to soft, where the group will gather together for warmth and talk about their best feeding grounds.

The birds need to gather together at hotter places and roost in close proximity to survive. Starlings can roost themselves into a roosting site – reed beds, dense hedges, human structures like scaffolds – at more than 500 birds per cubic meter, sometimes in flocks of several thousand!

A large crowd of birds would be an attractive target for predators. No bird wants to be killed, so security in numbers is the #1 rule they follow, and swirling by the masses creates a disorientation to prevent a single bird from being targeted.