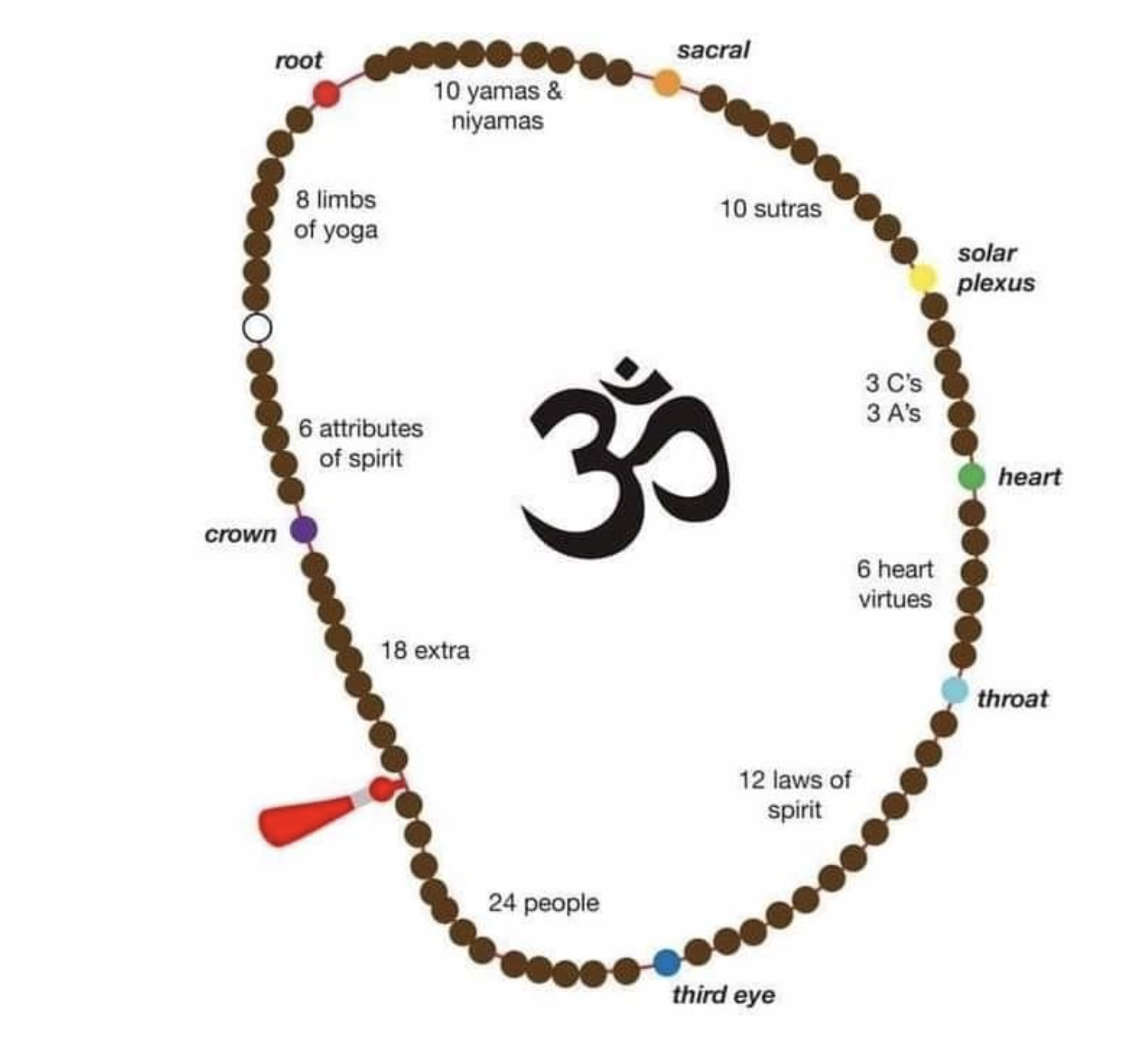 Delving more into metaphysics, today we are discussing the significance of the number 108.

What's so special about this number you're wondering, right? Why 108?

Let's start by examining a mala. Mala is Sanskrit for garland, or rosary. A mala is a string of beads used in meditation to count mantras, or prayers. Malas traditionally have 108 beads.

The largest mala bead, in the center, is known as the guru. It's said to hold all of the energy generated during life's practice. The number is often described as the numerical equivalent of “Om,” one of the most important spiritual sounds in meditation. Also the relationship between your inner and outer environment would be described by 108 beads.

Mala beads have great spiritual meaning, which makes them an important piece of mindful meditation and yoga practice. They would have a big effect on how you approach your mental health by helping you focus your thoughts on finding your true inner-self.

The number 108 has long been considered sacred in many religions around the world. Many people often do 108 Sun Salutations (Surya Namaskar). Renowned mathematicians of Vedic culture viewed 108 as a number of the wholeness of existence.

1, 0, and 8: Some say that 1 stands for "God" or higher Truth, 0 stands for emptiness or completeness in spiritual practice, and 8 stands for infinity or eternity.

The number 108 also connects The Sun, Moon, and Earth: The average distance of the Sun and the Moon to Earth is 108 times their respective diameters. Such phenomena have given rise to many examples of ritual significance.

The Moon and The Earth: The average distance of the Moon from the Earth is 108 times the diameter of the Moon. The mala is believed to maintain our harmony with the sun and moon energies affecting our quality of life and good health.

Silver and The Moon: In astrology, the metal silver is said to represent the moon. The atomic weight of silver is 108.

Energy Chakras: The chakras are the intersections of energy lines and there are said to be a total of 108 energy lines converging to form the heart chakra. Wearing a mala that reaches till the heart supports the vital flow of energy through ‘seat of the self’ is taught in traditional Yoga.

Body Temperature: 108 degrees Fahrenheit is the maximum internal temperature the body can maintain its function. It's believed the mala balances and maintains the body’s inner harmony, and heat and can help us avoid illness.

Pranayama: If one is able to be so calm in meditation as to have only 108 breaths in a day, enlightenment will come.

Meditations: Some say there are 108 styles of meditation.

Astrology: In astrology, there are 12 houses and 9 planets. 12 times 9 equals 108. A mala is often worn to alleviate the influence of the planets or ‘stars’ in our life and thus avoid afflictions and the problems generally predicted in one's astrological chart.

108 is said to refer to the number of Hindu goddesses or deities.

The Sikh tradition has a mala of 108 knots tied in a string of wool, rather than beads.

Some Buddhists carve 108 Buddhas actually into a walnut for good courage. Some ring a bell 108 times to celebrate a new year. There are said to be 108 virtues to cultivate and 108 defilements to avoid.

The Chinese Buddhists and Taoists use a 108-bead mala, which is called ‘su-chu." Chinese astrology says that there are 108 sacred stars.

Stages Of The Soul: It's believed that the ‘Atmaan’, akin to "The Human Soul," goes through 108 stages upon life's journey.